It is illegal to sell anything in the UK made from a precious metal whether, Gold, Platinum, Palladium or Silver, without a Hallmark – a stamp of quality, confirming that what you are buying is made from real precious metal. This stamp is struck on the item at an Assay Office once they have tested the metal and confirmed its quality. There are 4 Assay Offices in the UK – London, Birmingham, Sheffield and Edinburgh.

The British Hallmarking Council have just revealed some frightening figures of an online survey carried out between 21st March and 1st April 2019. Below is the scanned copy of the article which clearly shows the high percentages and total value of suspected ‘fake’ jewellery items being sold during this 10 day period. 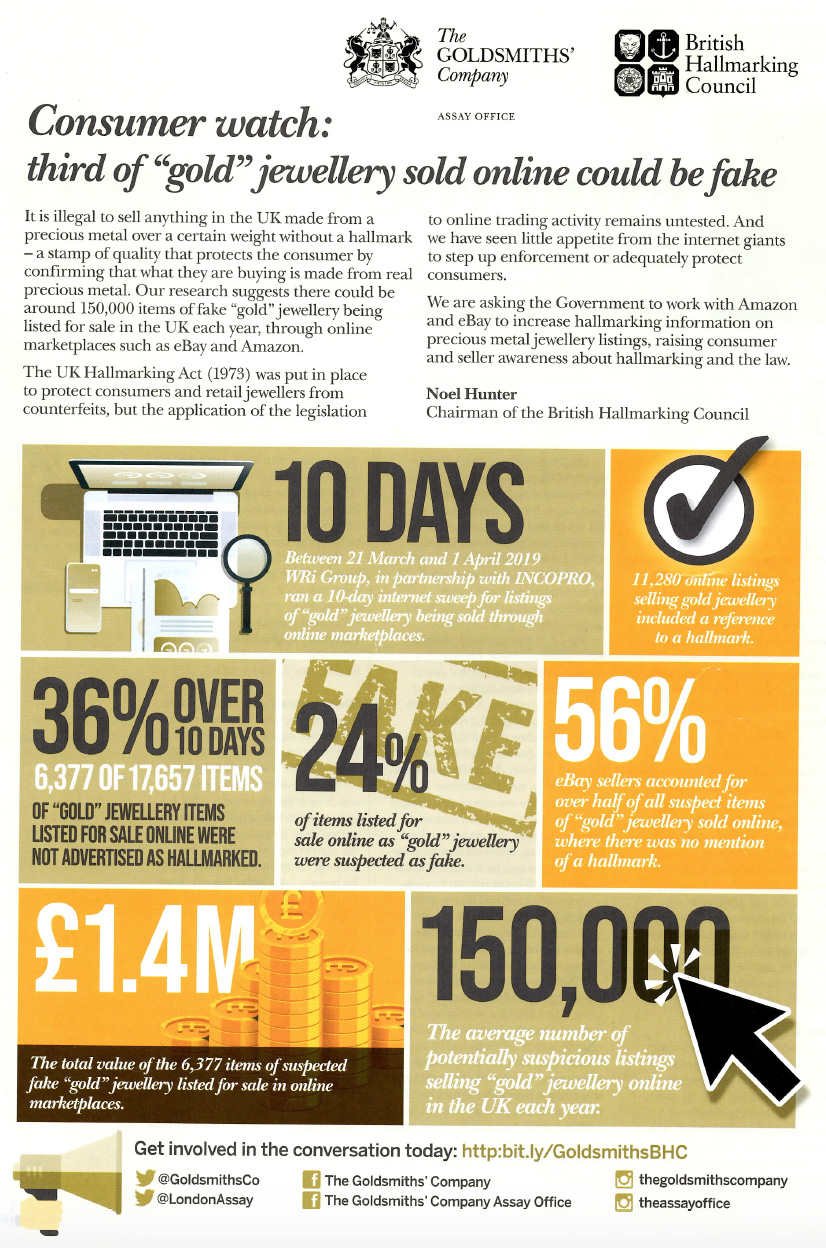 These are figures well before COVID-19 lockdown which has seen an increase in on-line sales so goodness knows what the figures might be now!

Personally, I have had a number of prospective clients come to me having issues with jewellery they have bought on-line and which turned out not to be what it had been described as on the sellers website.

One item which I encountered just before lockdown was a pendant which was bought as silver. It had a 925 mark on the back which is not an official hallmark.

This is just 1 example of a number I have come across. Please don’t be one of an increasing number of people being duped by fraudsters on-line, selling ‘Fake’ jewellery.

When purchasing any item of jewellery buy from someone you trust or at least has a face and premises with an address. So many selling on-line are what I class as invisible.