“I Wouldn’t Have Trusted Anyone Else”

The initial contact from David was by phone when he informed me of the emotional upset the family had encountered. They had been informed by the undertaker, who had recently dealt with his mother’s funeral, that the family’s request of placing his mother’s wedding and engagement rings in the coffin before the funeral had not been carried out.

After reflecting on the situation David and his wife Serena wondered if it would be possible to make one ring by combining the two rings in some way.

I of course would need to see the rings before commenting.

As David and Serena lived in the Speyside area he arranged for the undertaker to deliver the rings directly to me. On receiving the rings I was able to confirm their request would be possible. A consultation appointment was then arranged.

It is often thought by clients wishing to combine sentimental items such as these that any diamonds or stones would be removed, the metals melted together and this metal then used to create the new item with possibly some or all the stones being set.

Technically this doesn’t really work as with small quantities of metal other metal has to be added and therefore the sentiment is really lost. The only way to uphold the sentiment is to use the metal as it is without melting down. The design has to be created with these parameters in mind.

Having explained this to David and Serena during our initial consultation I was able to confirm that, although the 18ct yellow gold wedding ring was reasonably broad, it was thin and would need to be thickened in some way. A few options were explored with the preferred being to overlay his mother’s 18ct. gold band with a slightly narrower platinum band allowing for the yellow band to protrude around both edges. The sapphire and two diamonds from the engagement ring would be set into rub-over settings applied to the platinum band. I would then be able to apply the 18ct. yellow gold shoulders and most of the shank of the engagement ring to either side of the settings hence using virtually all of the metal from both rings in their original form and the three stones which would uphold the sentimentality.

David and Serena confirmed they wished to proceed with this design. 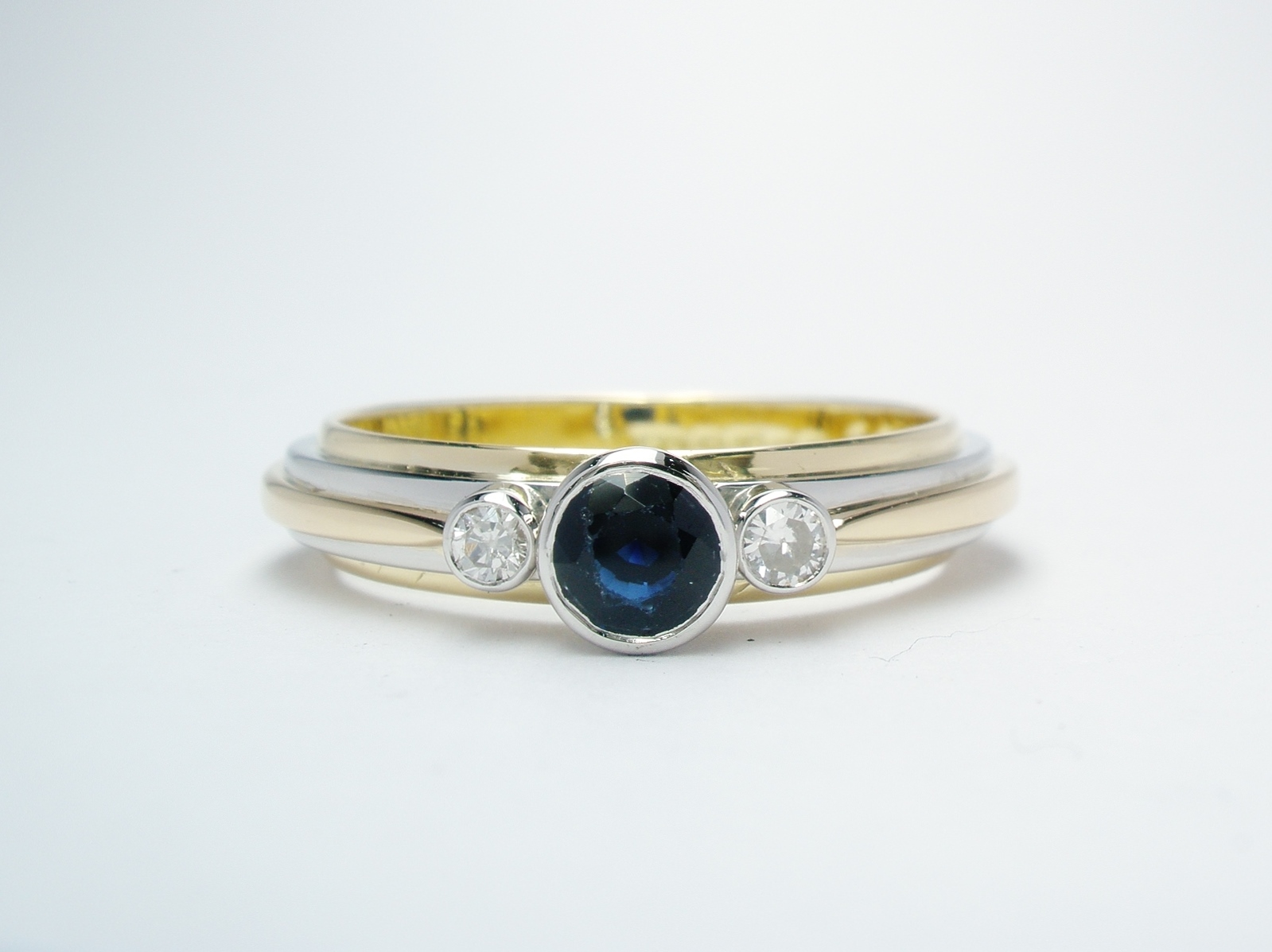 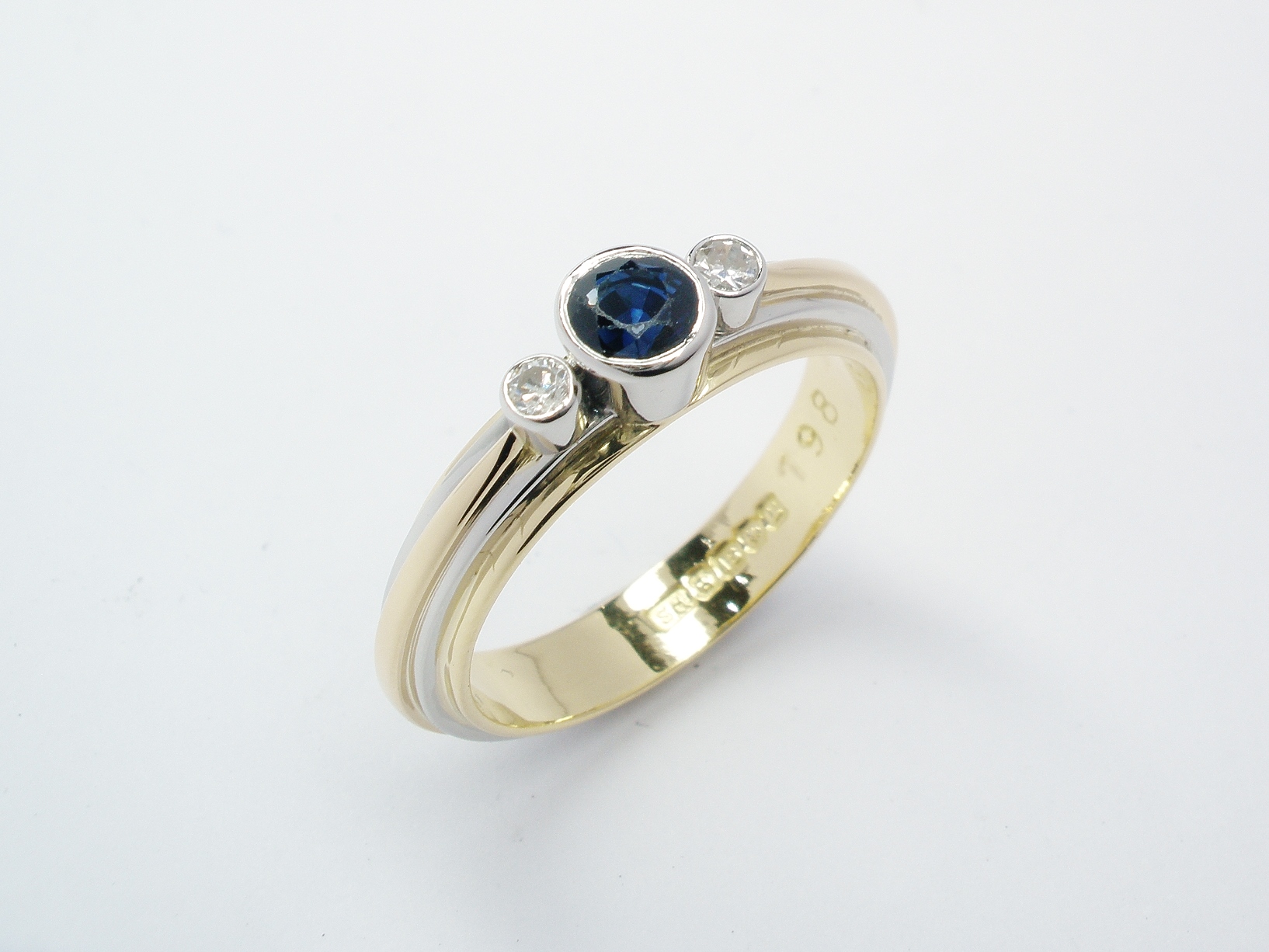 Having collected the ring in what was a rather emotional meeting they penned this email:

I don’t know where to begin to thank you enough for all your time and patience with us and for creating this absolutely stunning ring – you’ve done my parents proud and I will be eternally grateful for this. I wouldn’t have trusted anyone else with the rings, I knew you’d make a good job but the result has totally blown us both away.
Thank you again for everything.

If you would like Angel Jewellery created from your relatives items like the piece above, please get in touch. I have customers worldwide, from our home in Glasgow… to London, California, Australia, Switzerland, Botswana, Canada, Singapore and Holland to name a few.