Following on from my previous blog highlighting the general lack of understanding the British public seem to have with regards to Hallmarking and the stringent regulations that exist to safeguard the said public, I will endeavour in this, the third blog of the trilogy relating to hallmarking, to explain the relevance and significance of each of the marks within an official hallmark. No other country in the world has such regulations. Some other convention states within Europe have some regulation but none as stringent as the UK. These regulations are more relevant now than ever before with people purchasing from some ‘invisible’ companies on the internet and more and more people purchasing while holidaying abroad.

Every item sold in the UK created from one of the four precious metals and weighing over – Silver 7.78 grams, Gold 1 gram, Palladium 1 gram or Platinum 0.5 grams, requires to be officially hallmarked. This can only be carried out at one of the four Assay Offices in the UK, London, Birmingham, Sheffield or Edinburgh. Any retailer, workshop or individual selling and describing any precious metal item as silver, gold, palladium or platinum that is not hallmarked or is stamped only with a simple mark, ie, 925 ( silver), 18ct, 14ct, 9ct ( gold ), pall ( palladium ), plat or 950 ( platinum ), is committing a criminal offence.

Companies or individuals who manufacture or import items that require to be hallmarked must be registered with at least one of the four assay offices. This registration requires the company or individual to have a maker or sponsors mark / stamp that is unique to them at that particular assay office and registration has to be renewed every ten years. This identifies the company or individual craftsperson that created the item or sponsor that has imported. My mark, unique to me and registered in Edinburgh has my initials, APF within a triangle. 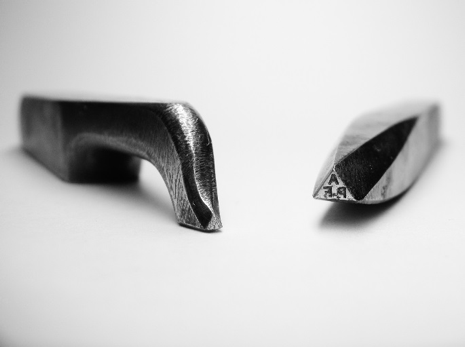 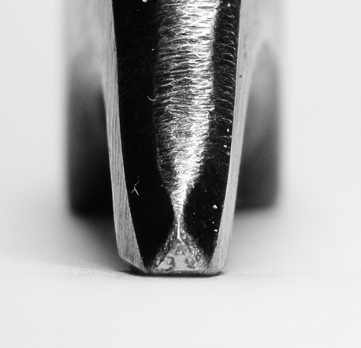 The swans neck is for striking rings

Historically, manufacturing companies and individuals were required to strike the maker or sponsors mark first on unfinished items before sending to the relevant assay office for testing and if passing, being struck with the appropriate marks. Today the assay offices can apply marks by lazar, a benefit when marking delicate or finished items, as striking with metal punches has a tendency to bruise the metal. This can be seen on the photograph below of my mark on the inside of the ring. 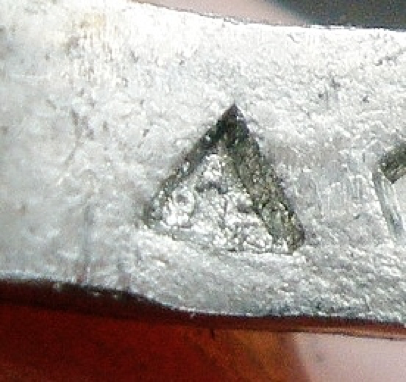 Marking with a lazar has its place as many diamond and gem rings are now being imported from, in particular, the far East. These rings are in a finished polished state and cannot be damaged hence marking by means of a lazar is preferable to stamping. Unfortunately the negative of this is that a lazar mark is very much finer than a stamped mark and if the ring requires to be sized up or down at the time of purchase the hallmark could well be removed. It is therefore important to ask the staff in the shop to show you that the ring has a hallmark, something that everyone should be requesting no matter what item is being purchased.

Having mentioned history it may be interesting to note that in the past we had 11 assay offices in the UK and Ireland and a goodly number of minor guilds around the country with one in Barnstaple dating back to around 1370. Below a list with their inaugural year, monarch and closing year if applicable.

So what are you looking for?

As stated in a previous blog every retail store or workshop selling precious metal items whether silver, gold, palladium or platinum directly to the public must display a hallmarking guide board similar to the one below. 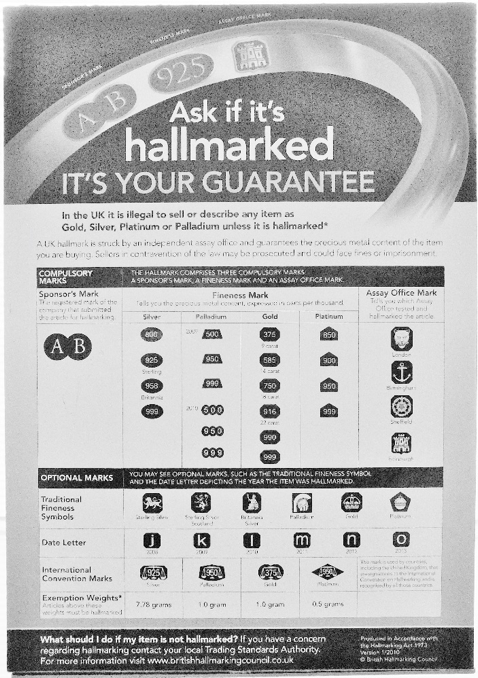 When reading an official hallmark from left to right the first mark should be that of the maker / sponsor’s mark. Below is an example of a hallmark in one of my platinum rings and with images from the above board I will expand to include symbols from the other assay offices, the other metals with their differing quality standards and the year date stamp. 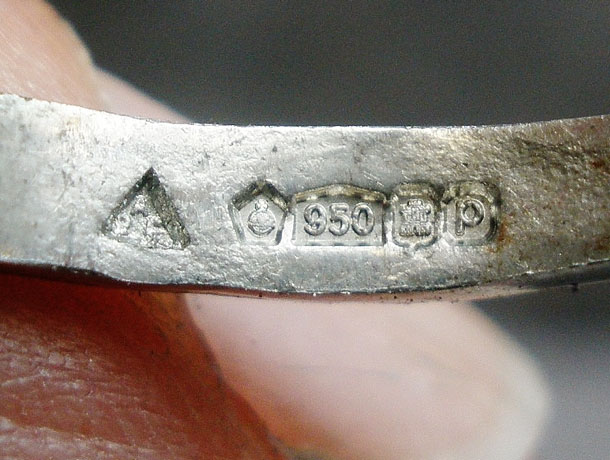 The above image shows my triangular maker / sponsor’s mark with APF inside.

The next impression is a pentagon shape with an orb inside. This is the mark depicting platinum.

The following impression shows the numbers 950. This relates to the platinum content within the alloy and tells you there are 950 parts of platinum per 1000 – the other 50 parts made up of other metals such as copper and possibly ruthenium are alloyed with the platinum to promote certain working and durability properties.

The forth mark is a Castle. This indicates Edinburgh assay office that tested and struck the ring. The other three offices have their own symbol as shown later in this blog.

The last impression is the year stamp showing an initial P inside an octagon shape. The initial is changed every year and generally once Z is reached the style of typeset and the outside shape of the stamp are changed. This allows for identification to the exact year of manufacture right back to the assay office’s inception.

Below an edited section of the Hallmarking display board and note the legal warning at the top. This section deals with the Compulsory Marks – the Sponsor or Maker’s Mark, the Fineness Mark and the Assay Office Marks. These I am going to look at in greater detail. 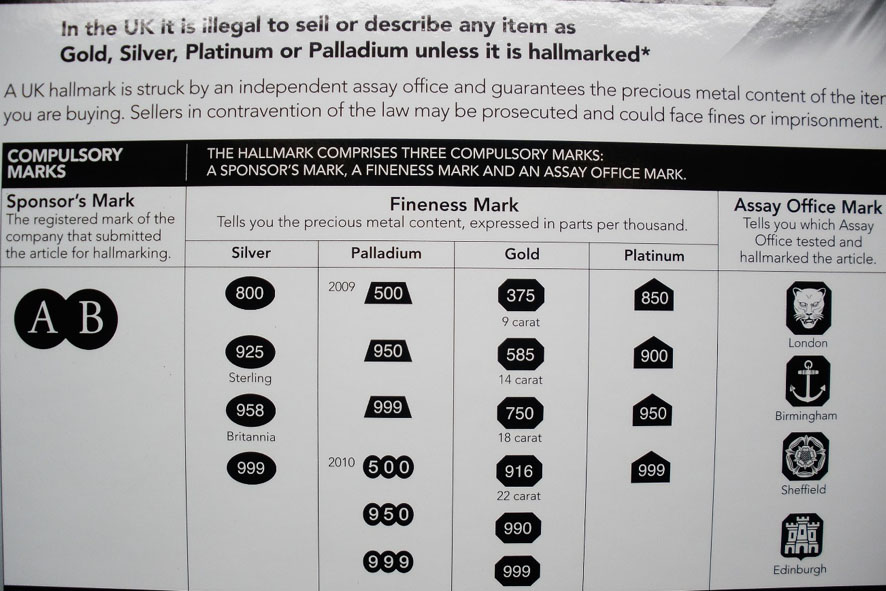 The Sponsor or Maker’s Mark 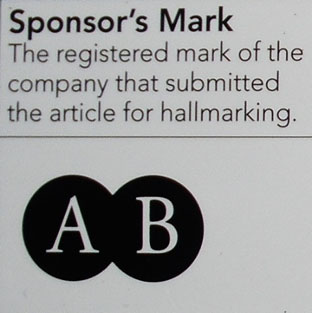 Sponsor or Maker – Any Body?

The sponsor or makers mark has to be struck first and the company or individual has got to have the design of the stamp verified and registered by the appropriate Assay Office. This registration only lasts for 10 years, therefore re-registering is required every 10 years. 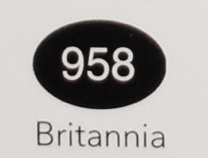 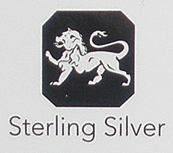 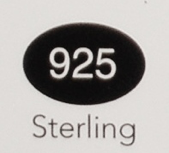 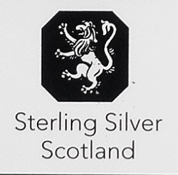 And another silver standard recognised – an 800 standard. 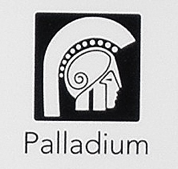 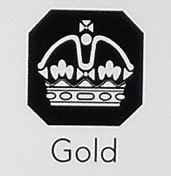 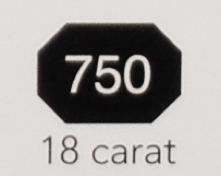 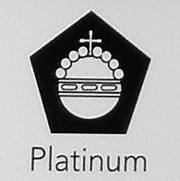 The assay office mark indicates the office that assay tested and hallmark the item. Below are the marks symbolising each of the 4 offices.

London depicted by a Leopards head

Birmingham depicted by an Anchor

Sheffield depicted by a Rose

Edinburgh depicted by a Castle

The initial is changed every year and generally once Z is reached the style of typeset and the outside shape of the stamp are changed. This allows for identification to the exact year of manufacture right back to the assay office’s inception.

I trust this explains a clearer understanding of the hallmarking regulations and what each mark or symbol represents.

* The initial reason for the introduction of the new standard was a consequence of the English Civil War (1642 – 1651) which had resulted in massive amounts of silver being melted down to pay the soldiers.

By 1696, the coin melting and clipping of the coinage had become so extensive that the silversmiths were forbidden to use the sterling standard for their creations, but had to use a new standard, 95.8per cent, and the decision was taken to limit the practice of clipping and melting sterling silver coinage (which standard was maintained to sterling) to make silverware.

This practice was extrapolated during the reign of Charles II, owing to the heightened demand for luxury silverware for fashionable purposes, rather than practical silverware.

This new standard of 95.8per cent pure silver was introduced by a 1697 Parliament’s Act signed by William III to replace sterling silver , which had been 92,5% of fine silver as the mandatory standard for silver composition.

This change in standard instigated an alteration in the recognised hallmark of the lion passant guardant denoting sterling standard, new hallmarks were ordered, the “figure of a woman commonly called Britannia” and the lion’s head erased (torn off at the neck) replacing the lion passant and the leopards head crowned.

** Palladium is a rare and lustrous silvery-white metal discovered in 1803 by William Hyde Wollaston. He named it after the asteroid Pallas, which was itself named after the epithet of the Greek goddess Athena, acquired by her when she slew Pallas.